Founder Ole Lynggaard is a remarkable representative of the strong design heritage prevailing in his native Denmark. His intricate fauna designs and sculptural trophy pieces captivate fine jewellery audiences across the globe. 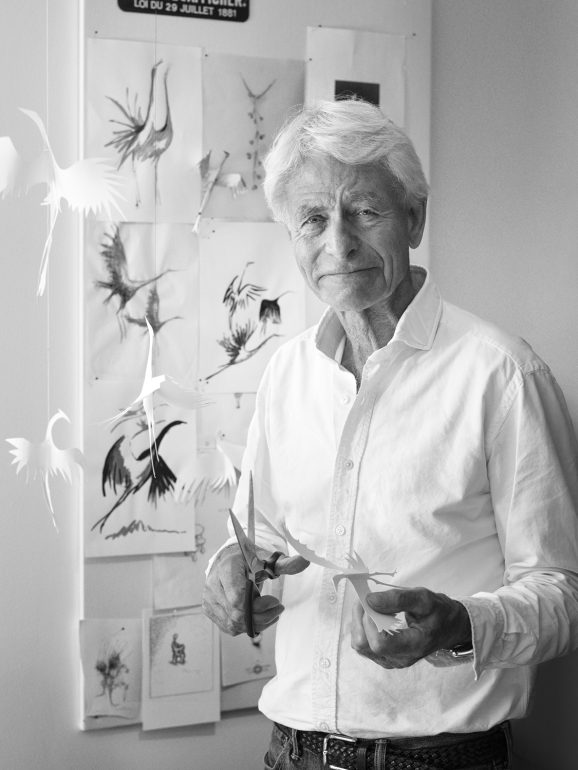 Brand founder, Ole Lynggaard, was born in 1936. Even as a child, he enjoyed working with his hands and was smitten with sculpting and drawing. Hugely inspired by nature, art and architecture, Ole Lynggaard always knew that he would follow a creative vocation.

He was inspired to become a goldsmith by his parents, who owned two fine jewellery stores. During his years as a goldsmith’s apprentice in the late 1950s, Ole Lynggaard was surprised to discover that the actual designing process was a very limited part of the education. At that time, goldsmiths were first and foremost master craftsmen with the skills to create classic jewellery designs. This traditional approach did not satisfy Ole Lynggaard’s burning creative ambitions.

In 1957, the newly qualified goldsmith left Denmark with a duffel bag over his shoulder. This young visionary dreamed of creating masterful fine jewellery in a design language that the world would recognise as uniquely his. Determined to improve his talent as craftsman and designer, Ole Lynggaard spent five years travelling, working and educating his way around the globe; He studied precious metal-shaping in the jewellery design metropolis Schwäbisch Gmünd in Germany. Took in the intoxicating atmosphere of Paris’ high jewellery ateliers. Saw the inside of Fifth Avenue workshops in buzzing New York and peace-loving San Francisco. He found inspiration in exotic shapes, scents, colours and textures in ancient Egypt, Japan, China and Thailand.

Eventually, Ole Lynggaard returned to Denmark. Waiting for him was the love of his life, Karin – today his wife and muse for more than fifty years. Coming home, he was ready to invest in his future. In the area Hellerup, immediately north of central Copenhagen, he managed to rent a combined workshop and office space. He got out hundreds of sketches and ideas from five years of formative travelling and got to work. OLE LYNGGAARD COPENHAGEN was born. The year was 1963.

Ole Lynggaard’s namesake brand soon became the epitome of exclusive Danish fine jewellery design and craftsmanship. His sculptural pieces were in high demand then – and even more today. Devoted to accommodating the taste of a quality-conscious fine jewellery audience, the designer creates pieces of meticulous craftsmanship crafted from 18K gold and Sterling silver. Trophy designs are encrusted with white diamonds or nestling large solitaire gemstones of intense hues. Ole Lynggaard’s fascination with the organic movements and graphic elegance of animals is well-known from his coveted fauna designs. Still actively designing innovative fine jewellery collections, the brand founder shows perpetual commitment to his trade – and is living proof that true creative talent has no expiration date.